The Heat’s Not Gone….

Posted on September 2, 2009 by The Scottie Chronicles 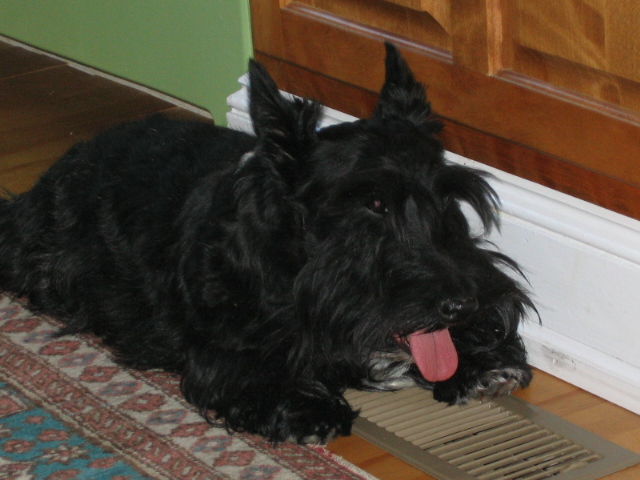 You know, as I’ve told you many times, I’m not stupid. Far from it. And just because the fall crickets have started their little prelude to cooler climes where I live, doesn’t mean the heat of summer has taken a one-way ticket south.

Here’s where I rest when it’s miserable outside. Right on top of the air conditioning vent. What could be smarter than that??

Now I’m ready for the days of an Indian Summer which I’m sure are right around the corner. Frost or no frost.

Winston welcomes you to The Scottie Chronicles - a blog that began in 2009 as a voice for Stuart, a more than memorable black, brindle and white Scottish Terrier who captured hearts around the world. Stuart passed suddenly in December 2015 from cardiac hemangiosarcoma, a nasty cancer that took him far too early. If you love Scotties, please follow along. Arroooo!
View all posts by The Scottie Chronicles →
This entry was posted in Scotties, Scottish Terriers and tagged air conditioning vents, Scotties and warm weather. Bookmark the permalink.