Posted on March 4, 2013 by The Scottie Chronicles 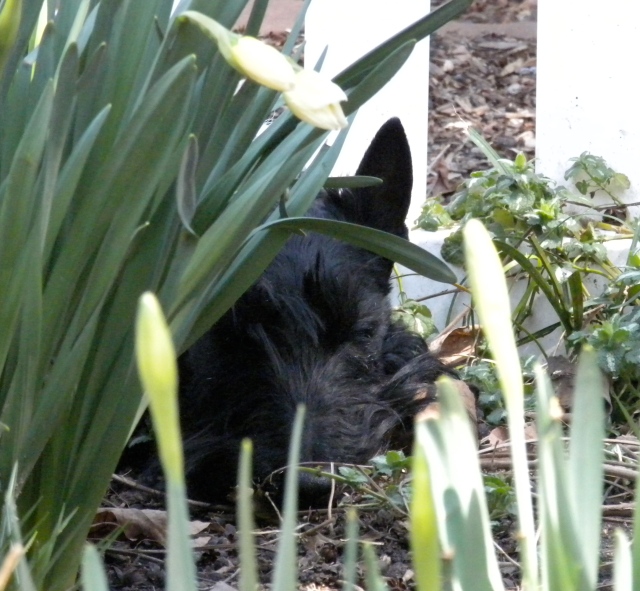 Those of you who know me know I love me some daffo-dillys. (I also like daffo-duckies, but that’s another story.) Here I am as a little baby boy sneakin’ in a snooze among the dillys in my backyard. In addition to my birthday and Scottish Terrier Month, March is the time when the daffo-dillys show their pretty selves. I just love ’em. 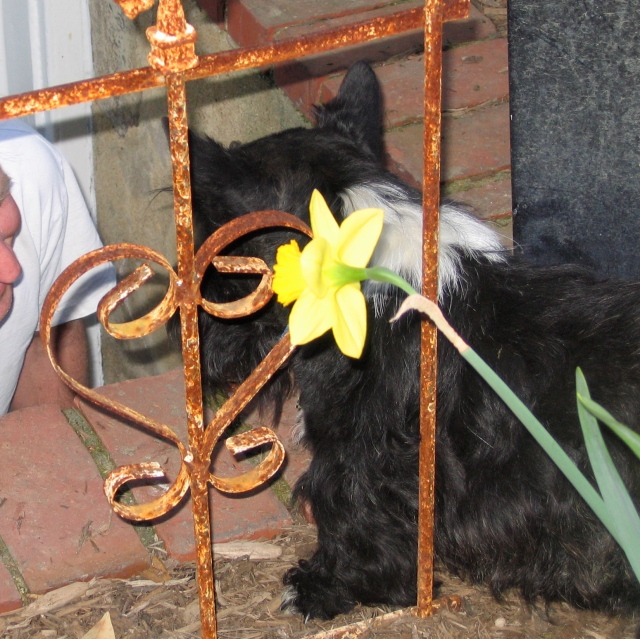 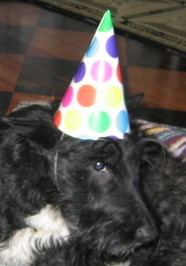 Winston welcomes you to The Scottie Chronicles - a blog that began in 2009 as a voice for Stuart, a more than memorable black, brindle and white Scottish Terrier who captured hearts around the world. Stuart passed suddenly in December 2015 from cardiac hemangiosarcoma, a nasty cancer that took him far too early. If you love Scotties, please follow along. Arroooo!
View all posts by The Scottie Chronicles →
This entry was posted in The Scottie Chronicles and tagged Daffodils, Scotties, Stuart. Bookmark the permalink.

18 Responses to The Dillys Are Back!