Now Hear This. About My Ears.

Posted on April 22, 2013 by The Scottie Chronicles 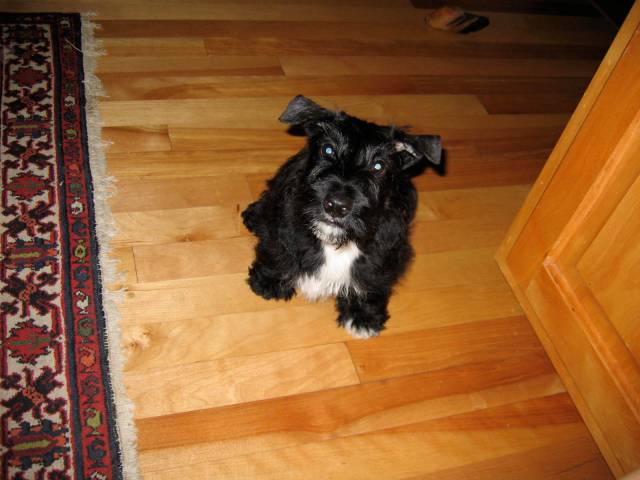 Ears down. That means I’m about 10 weeks old in this picture. Was I the cutest pup you’ve ever seen? Yes. I. Was.

Ears up. That means I’m not a puppy anymore.

I may have said this before, but I’ll say it again. About my ears.

Blogs are kind of fun. You can find out all kinds of things about people. By far and away, the most common search term that people use to land here at The Scottie Chronicles (other than “The Scottie Chronicles” or “Stuart” or “Friday Foto Fun”), is “when do Scottie ears stand up?“.

So, now you know. When we’re born, our ears are floppy. When we get older, like, say, 8, 9 or 10 weeks or so, they start to stand up. And they stay that way. Unless we’re communicating with them. (Ears are good tools to communicate with. Tails, too.)

It helps if the peeps take the pups to a good groomer early in life for two reasons: 1.) So that pups get used to the clippers, the table, the noose, stuff like that, and 2.) To take some of the weight off of the ears so they can stand up all nice and pretty.

So. Now you know. And That’s What You Learned Today.

23 Responses to Now Hear This. About My Ears.