Scotch on the Rock

Posted on September 17, 2013 by The Scottie Chronicles

Bashful, you look a little upside down there little buddy. What’s wrong? Not feeling very well?

When I heard that Easy entertained Bashful over in France with a little bong hit, I thought, well now, I must procure some wacky weed so that I, too, can be a good host. So, I thought about it and decided to visit the man in blue who lives down the street from Us.

Silly moi, I thought a policeman would be the perfect person to ask about buying the stuff. But no. Not a good idea. It turns out that wacky weed is illegal where I live. (I guess it’s legal in France where Easy lives.) Me and the peeps would have been in the pokey if I’d found and bought any of that stinky evilness.

So that idea didn’t work. I do want to be a good host for Bashful while he’s here visiting. What to do?

Scotsman that I am, I hoisted out a bottle of Scotch – Virginia scotch mind you (and yes, there is such a thing and it’s darned good I might add) – and thought a little scotch on the rock would do the trick. 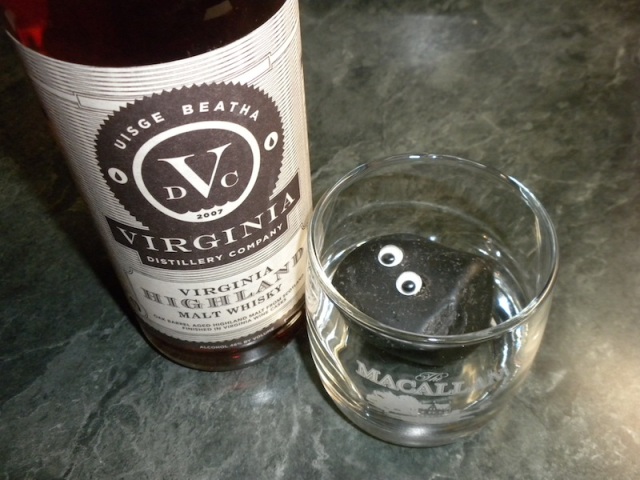 I guess he had too much of a good time.

19 Responses to Scotch on the Rock