Posted on March 19, 2014 by The Scottie Chronicles 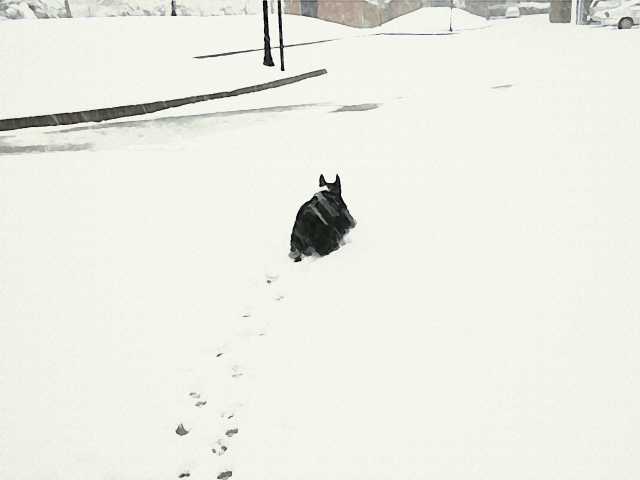 I know you’ve seen this one before, butt I had to share it again. THE SNOW’S ALMOST GONE at my house.

In fact, I think it’ll be washed away in time to welcome Spring tomorrow.