Posted on October 10, 2014 by The Scottie Chronicles 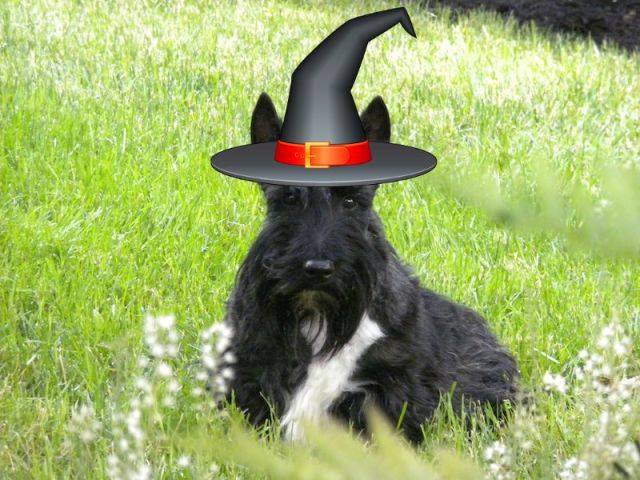 Ooooh me. I love Howl-o-weenie, don’t you? Time to spice up the house with spooky stuff and lots ‘o punkins. Working on that.

What have you done to spooky up YOUR house?

Speaking of spooky, I’ve got a friend who I haven’t heard from in a while. Who always reads the blog and send email and stuff. I haven’t felt a beard tug from afar in a couple of weeks and I’m scared. So, if you’re out there my friend, tug on my beard ’cause I’m getting worried. And that’s spooky. You know who you are.