A Watercolor of my Kyla

Posted on October 15, 2014 by The Scottie Chronicles 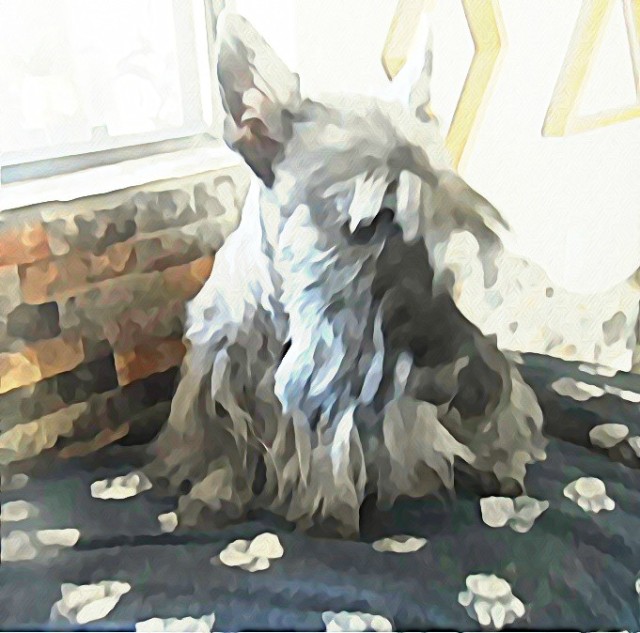 This is my best girl. She’s striking quite the museum-quality pose, yes? Ah….such a gal she is. I’ve snapped out of my funk from yesterday and made her some StuART. (Since it’s Wednesday and time for some art.) You do know that Kyla coined the phrase, StuART, don’t you? She’s a clever gal.

She’s so clever, in fact, she wants to have a party to celebrate her greatness. And you’re invited. 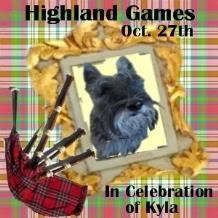 I’ll be hosting the Highland Parade that day, so send me photos of yourself in your best tartan attire. Send them to me by October 24 and I’ll post them on the big day. Here’s my address: StuartTheScottie@hotmail.com.

Lots of Kyla’s friends are hosting events and stuff for the Games; you can check them all out here. (Mollie and Alfie have graciously planned the event and listed all the things you can do over at their place.) Thank you, Sweet William the Scot, for giving me the idea to host the parade. And, hey! I’ll be playing in Sweet William’s band that day! Who knew I was such a musician?

Now! Go get your tartan on and start sending me your pictures!

19 Responses to A Watercolor of my Kyla