Posted on March 9, 2015 by The Scottie Chronicles

OH MY DAWGNESS! Thanks to my correspondent across the pond, Oban, I’m happy to report that A SCOTTIE HAS WON BEST IN SHOW AT CRUFTS.

This happened last night, but what the hey, it’s breaking news to moi!

And, I believe this is the same bee-you-ti-ful Scottie who took best in breed at Westminster last month. And, I think she’s now retired. Good for her! 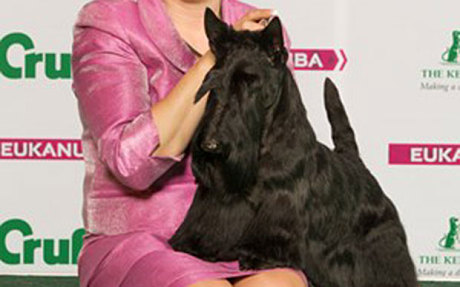 I hope I don’t get in trouble for borrowing this photograph from The Telegraph website. And linking to their video! If you don’t hear from me ever again, they’ve arrested me.

Now, here’s a glimpse of MY award-winning mug: 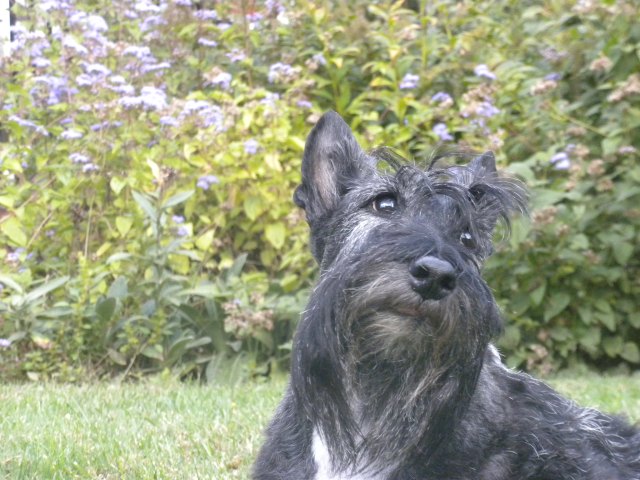 Thank you, Telegraph, for not arresting me BECAUSE I’M GIVING YOU CREDIT AND TELLING EVERYONE HOW WONDERFUL YOU ARE! K?

Winston welcomes you to The Scottie Chronicles - a blog that began in 2009 as a voice for Stuart, a more than memorable black, brindle and white Scottish Terrier who captured hearts around the world. Stuart passed suddenly in December 2015 from cardiac hemangiosarcoma, a nasty cancer that took him far too early. If you love Scotties, please follow along. Arroooo!
View all posts by The Scottie Chronicles →
This entry was posted in Terriers, The Scottie Chronicles and tagged Crufts 2015, dog shows, dogs, Scottie best in show 2015, Scotties. Bookmark the permalink.

21 Responses to A Scottie Takes Crufts!!!