Posted on April 6, 2015 by The Scottie Chronicles

Did you know there’s a dog flu going around? 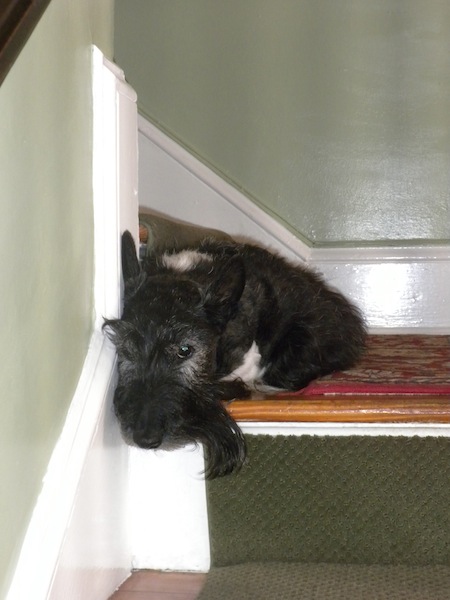 No. I’m not sick, although you wouldn’t know that from this little photo of moi. I guess I was just in one of my moods here. I get moody sometimes. Do you?

Anyroo, I thought you should know that there’s a canine flu going around. So, the next time I go out, I’m going to wear my face mask. Just to be sure. You wear yours, too. So we’ll both be safe. K?

Winston welcomes you to The Scottie Chronicles - a blog that began in 2009 as a voice for Stuart, a more than memorable black, brindle and white Scottish Terrier who captured hearts around the world. Stuart passed suddenly in December 2015 from cardiac hemangiosarcoma, a nasty cancer that took him far too early. If you love Scotties, please follow along. Arroooo!
View all posts by The Scottie Chronicles →
This entry was posted in The Scottie Chronicles and tagged dog flu, dog health, dog influenza, dogs, pet health, pets. Bookmark the permalink.

20 Responses to Something’s Going Around