If it’s too cool, it ain’t mine 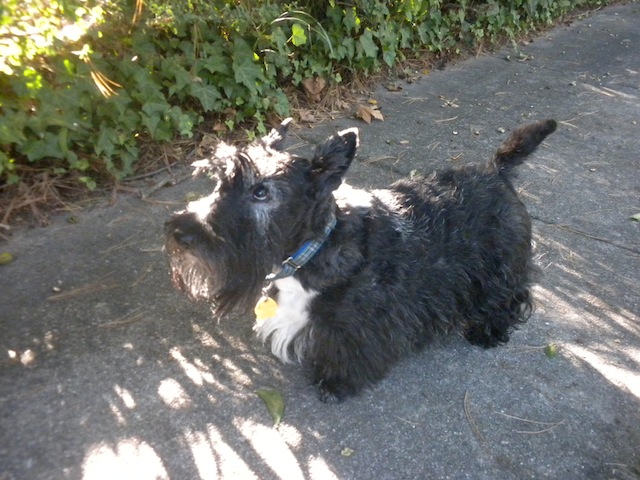 Really, peep? Really? If I could slap my forehead I would.

Sometimes the peeps make me laugh. And sometimes I make Them laugh. But, this’ll make YOU laugh. I think.

The other day We were out taking Our morning walk and I strayed over to the grassy part between the sidewalk and the curb. Snoopervising. You know. Stuff like that. I cocked my leg, emptied my lizard and did a big back step. Why? Because that’s what we do.

Anyroo, since I was on the other side of Our garden border, the peep didn’t see me until I was doing my backstep.

So, what does She do? She looks for a pile ‘o poo thinking that I must have done my business. Because I always backstep after doing my business.

So, She looks really hard to find the poo. She does and picks it up. But – if you could have seen the look on Her face – She wrinkled up Her face and says, “EEEEeeeeewwwwww! This is too cold to be yours Stuart!!!! GRRROOOOooooosssssss. Gross. EEEeeeeeew. EEwww.”

Moral of the story: if it’s too cool, it ain’t mine.

I wish you could have seen my peep. Funny. Very funny.

Now, if We could only have found the culprit who left his/her poo in my yard and didn’t pick it up.

Winston welcomes you to The Scottie Chronicles - a blog that began in 2009 as a voice for Stuart, a more than memorable black, brindle and white Scottish Terrier who captured hearts around the world. Stuart passed suddenly in December 2015 from cardiac hemangiosarcoma, a nasty cancer that took him far too early. If you love Scotties, please follow along. Arroooo!
View all posts by The Scottie Chronicles →
This entry was posted in The Scottie Chronicles and tagged animals, dog poo, dogs, picking up dog poo, Richmond VA, Scotties, The James River, travel. Bookmark the permalink.

27 Responses to If it’s too cool, it ain’t mine