Posted on January 19, 2016 by The Scottie Chronicles

Sniglet came to visit last week. She was confused.

If you’re new to The Scottie Chronicles, Sniglet was Stuart’s “Gal Next Door”. The two of them loved each other. They dug holes and ripped the bottom of the fence apart so they could come and go as they pleased into each other’s back yard. They’d gnaw on each other’s legs. Bite each other’s face and generally have a good ‘ole time. Every single day.

So I can only imagine what’s going on next door. If Stuart’s passing is completely devastating for us, it’s traumatic for Sniglet. And her roommate, Mama Kitty, and her peep, Auntie Meredith.

She was glad to see us and stayed for a few nights. I thought it would be awful, but it wasn’t. There’s just something about an animal in your life that, well, makes things better.

Their eyes are soulful. Their very presence is a gift. 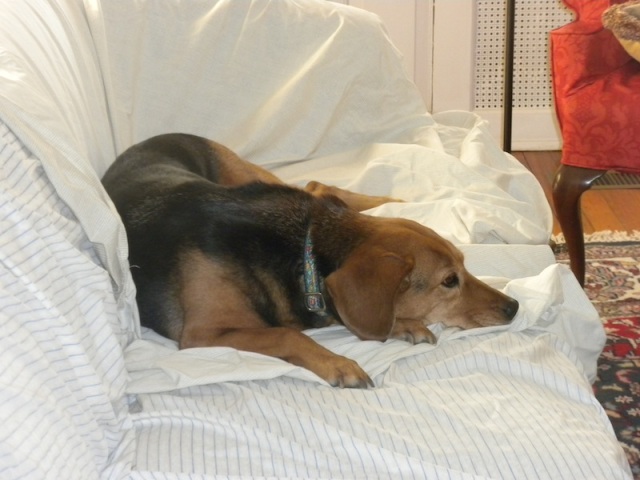 Don’t worry Sniglet, I’m just as confused as you are. Taking one day at a time.

40 Responses to Sniglet Came to Visit