Posted on March 29, 2016 by The Scottie Chronicles 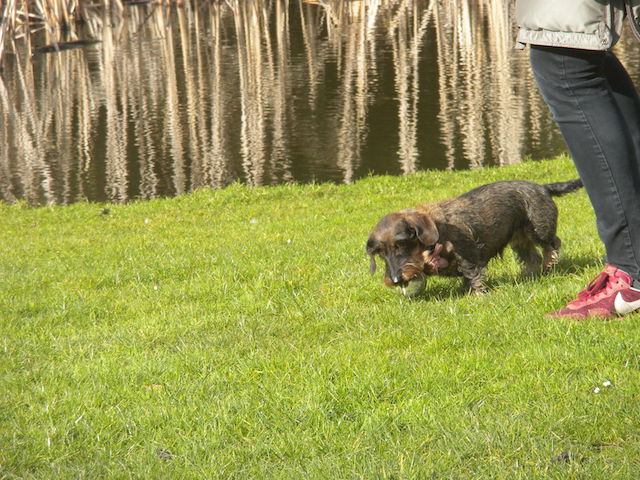 Doxies abound in Europe, which is where I took this shot last month. In Amsterdam’s Vondelpark to be precise.

There he was. Having the best time fetching his ball. Throughout the trip we saw lots and lots of Weenie Dogs.

For  some reason, many of them came up to us to visit.

It did our hearts good.

Let’s hear it for Doxie Tuesday.

Winston welcomes you to The Scottie Chronicles - a blog that began in 2009 as a voice for Stuart, a more than memorable black, brindle and white Scottish Terrier who captured hearts around the world. Stuart passed suddenly in December 2015 from cardiac hemangiosarcoma, a nasty cancer that took him far too early. If you love Scotties, please follow along. Arroooo!
View all posts by The Scottie Chronicles →
This entry was posted in The Scottie Chronicles and tagged Amsterdam, dachshunds, doxies, travel, Vondelpark, weenie dogs. Bookmark the permalink.