Posted on April 19, 2016 by The Scottie Chronicles

It’s Toby. Of Toby and the Bubble Wrap fame.

He and Stuart never met, but Sunday he came for a little visit. To get to know us before he comes for a whole weekend next month.

It’s the first time a Scottie has been with us since Stuart passed in December.

He made us smile and hopefully, we made him smile. He had the yard all to himself. He sniffed around. Peed on things. And took a little nap while I weeded the brick patio and the Dad Peep finished some pruning.

Yes. I called him Stuart a couple of times. Yes. I thought he was Stuart more than once. And I realize things will never, ever be the same.

But it was nice to have a Scottie around. 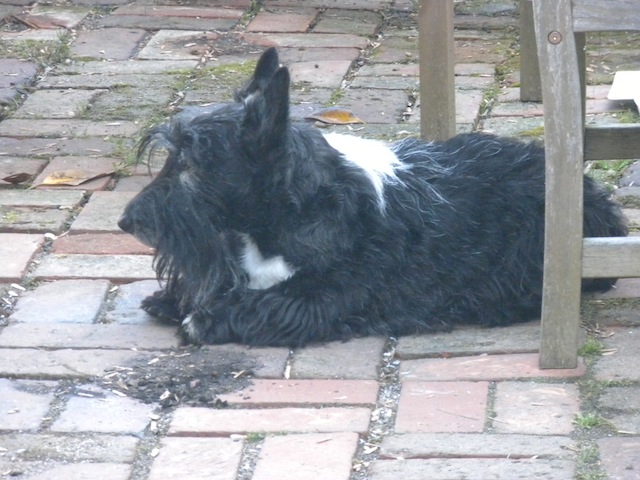