Posted on December 16, 2017 by The Scottie Chronicles

Another sleepy day here at the Winston OK Corral. We keep forgetting he’s a puppy and needs his nap! 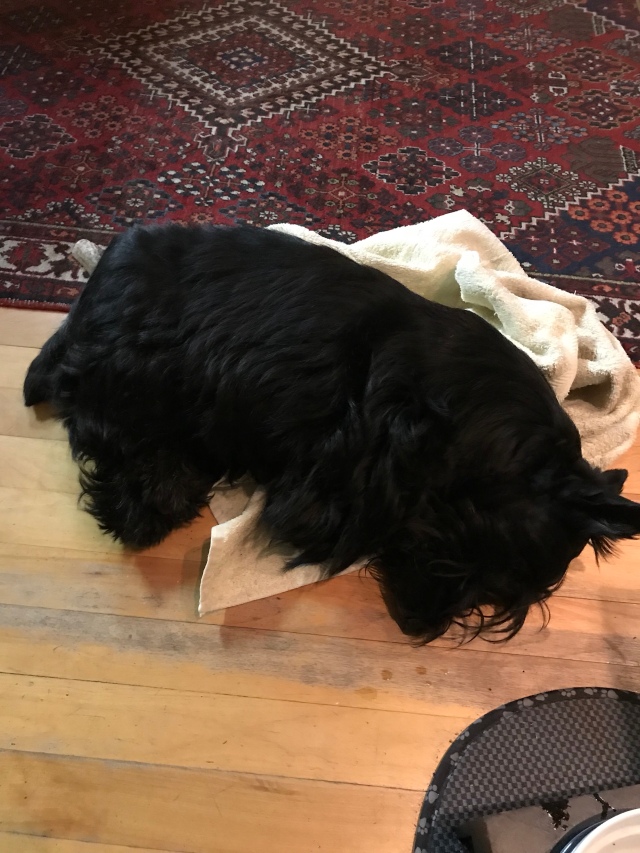 Right beside his water bowl and his deer antler. All snug on a nasty towel on instead of his nice bed.