Posted on January 27, 2018 by The Scottie Chronicles

I hope you’re having a good time at the vacay kennel while our folks are away. I’m over here with Winston. 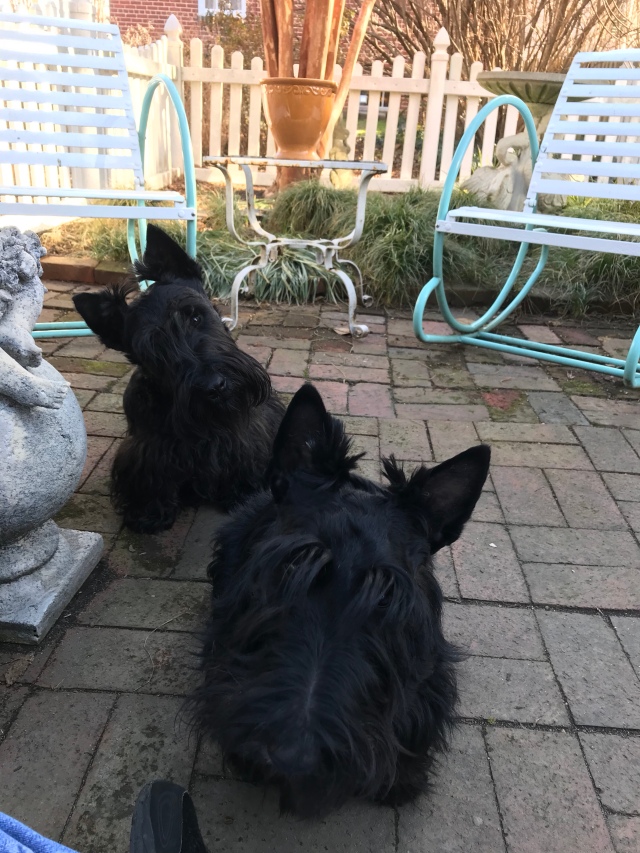 He leads me around by my beard. He barks at me. Shows his teeth a lot. That kind of stuff.

But that’s OK. The food’s good, the big two-legged ones take me for walks and I play Humpty Dumpty with him. (And I don’t mean falling off a wall if you know what I mean. LOL.)

Well, I guess it’s time for some more fur to fly over here.

Here’s my picture just in case you forgot what I looked like.