Ahh, Fresh as a Daisy

Posted on August 3, 2018 by The Scottie Chronicles

This photo doesn’t tell the story. Even though they say they’re worth 1,000 words. 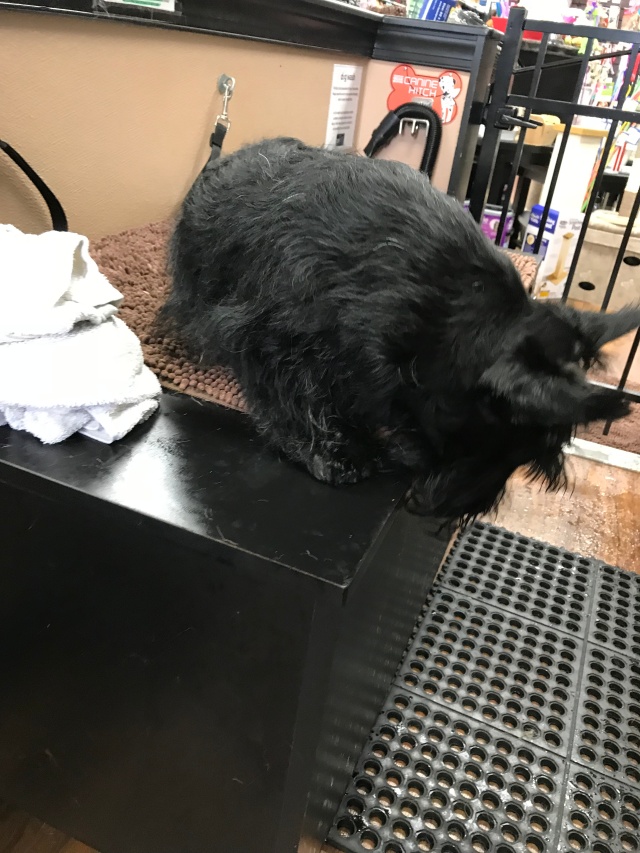 Since we’re all three invited to dinner at friends’ tonight, I thought Mr. Stink needed a bath first. And since the dog-bathing facilities and washing equipment in our temporary housing are minimal at best, I thought last night, “Why not a trip to the dog wash at Pet Valu?”

Mr. Stink would have nothing of it. He didn’t even want to cross the street at the strip mall to venture inside the store. Where all kinds of things awaited his snooter. Toys. Treats. You name it.

Once inside, though, he was all about it. How crazy is that? Winston is such a character. He started to feel even better when a big ‘ole – and I mean BIG – golden sauntered up the steps to the tub next to us and climbed in.

Winston is no longer Mr. Stink. (Too bad the photo of him on the blow-drying table doesn’t tell the story.)

Sad to say his pal, Frankie, won’t have much to sniff tonight.

Winston welcomes you to The Scottie Chronicles - a blog that began in 2009 as a voice for Stuart, a more than memorable black, brindle and white Scottish Terrier who captured hearts around the world. Stuart passed suddenly in December 2015 from cardiac hemangiosarcoma, a nasty cancer that took him far too early. If you love Scotties, please follow along. Arroooo!
View all posts by The Scottie Chronicles →
This entry was posted in The Scottie Chronicles and tagged bathing a dog, dog washing, Pet Valu. Bookmark the permalink.

15 Responses to Ahh, Fresh as a Daisy