Posted on February 16, 2019 by The Scottie Chronicles 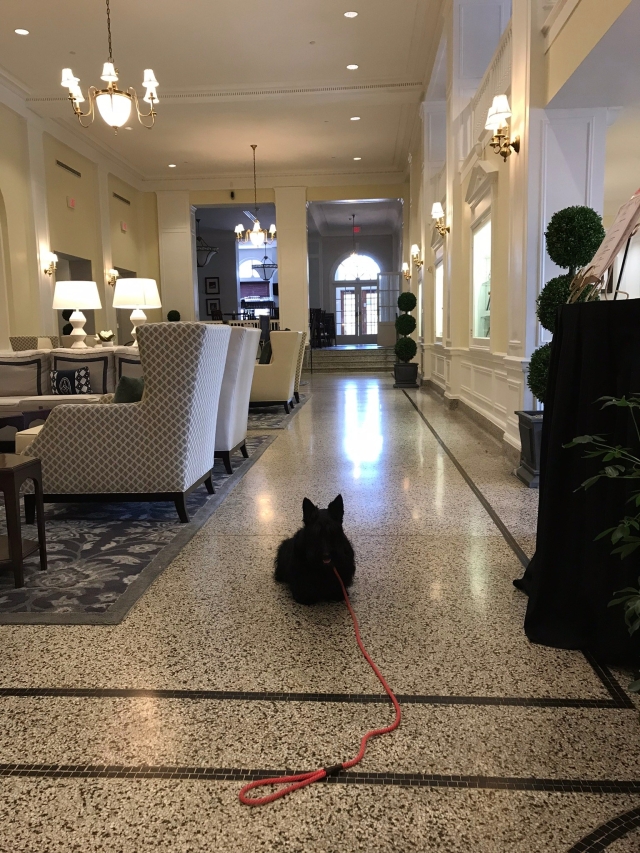 We had a perfectly lovely time at the Stonewall Jackson Hotel in Staunton, Va. over the last few days. It’s a big, old place that was renovated a while back. DOGS are welcome. There were two others on our floor.

This is only the second time we’ve stayed in a hotel with Winston. And he’s a great traveler. Loves to wander around. Very well behaved.

The antique stores and shops are very dog friendly, too! (More about those later.)

Winston was welcomed in Staunton. Yippee!

Winston welcomes you to The Scottie Chronicles - a blog that began in 2009 as a voice for Stuart, a more than memorable black, brindle and white Scottish Terrier who captured hearts around the world. Stuart passed suddenly in December 2015 from cardiac hemangiosarcoma, a nasty cancer that took him far too early. If you love Scotties, please follow along. Arroooo!
View all posts by The Scottie Chronicles →
This entry was posted in The Scottie Chronicles and tagged scottie traveling, traveling with a dog. Bookmark the permalink.